Check us out on Facebook for a free answer Mon-Thu

We provide trivia games, for bars, restaurants & private events in the metro Atlanta area & beyond since 2000. We also provide bar bingo, karaoke, DJs, private/corporate events & live music. You name it, we'll do it! For information on hiring OutSpoken Entertainment for any of your entertainment needs. Please Contact Us

TRIVIA COMES TO BENTEEN PARK IN JUNE! JOIN US AT RED'S BEER GARDEN ON TUESDAY NIGHTS AT 7 PM STARTING 6/15!

We are very happy to be joining forces with Red's Beer Garden in Benteen Park! Join  us there on Tuesday nights at 7 PM starting 6/15! See you there!

PONTOON BREWING IN SANDY SPRINGS IS BACK STARTING THURSDAY 5/6 AT 7:30 PM!

Trivia returns to Pontoon Brewing in Sandy Springs! After a long hiatus, we are happy to be returning to Pontoon on Thursday nights at 7:30 PM starting 5/6! Make your plans today!

BAMBINELLI'S IN LILBURN KICKS OFF TUESDAY NIGHT TRIVIA EACH WEEK AT 7 PM!!!

Lilburn is the p;ace to be on Tuesday nights as we welcome trivia to one of the most legendary venues in town, Bambinelli's Pizza & Pasta! Join us there every Tuesday night at 7 PM!!

MORE TRIVIA IN PEACHTREE CITY, THIS TIME AT LOS MARIACHIS ON TUESDAYS AT 7 PM STARTING 4/13!!!

The return of Napoleon's is here! Trivia kicks back off again this Wednesday night 3/24 at a new start time of 7 PM!!! We're excited to see all of your faces once again at Napoleon's in Decatur!!! 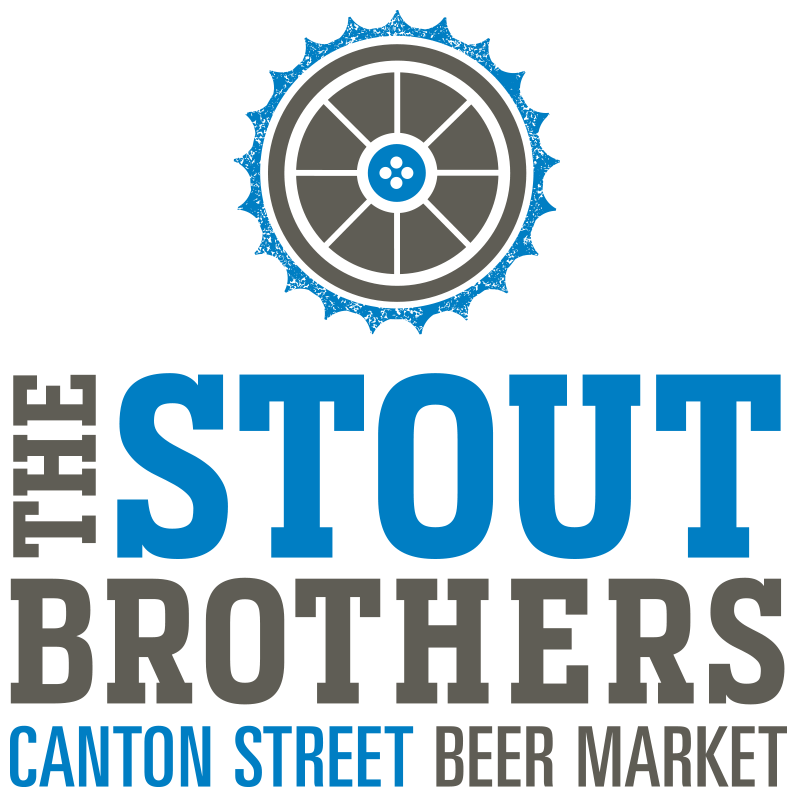 The Stout Bros. Canton Street Beer Market in Roswell is ready to go for trivia!!! Join us at Stout Bros. on Thursday nights at 7 PM beginning 3/25, just in time for spring! See yoiu there!

TRIVIA IS BACK!!! COME PLAY WITH US *NOW* AT THESE ACTIV E VENUES!! CHECK BACK DAILY AS MORE VENUES RETURN!!!

ALERT! Outspoken Trivia is beginning to return at select venues! The ever changing list will be updated as more venues return!! Here is the current list as of 3/12/21: MONDAYS: WR Social House in Marietta at 7:30 PM every other week,  Johnny's in Buford at 6:30 PM, Buffalo Wild Wings in Statesboro at 7:30 PM, Music Bingo at Johnny's in Douglasville at 7 PM, Fuego in Marble Hill at 7 PM, Padriac's in Vinings at 7 PM,  Agavero Cantina in Lilburn at 7 PM  TUESDAYS: Fairfield Plantation in Villa Rica at 7 PM, Ponko Chicken in Midtown at 7 PM,  Rock N' Taco in Roswell (Music Bingo) at 7:00 PM, Tin Roof Cantina on Briarcliff at 7 PM, Rocky Mountain Pizza in Midtown at 8:30 PM, HobNob Perimeter at 7:30 PM, HobNob Brookhaven at 7:30 PM, HobNob Atlantic Station at 7:30 PM, The Glenwood in East Atlanta at 9 PM, Alessio's in Roswell at 7 PM,  HJ Wings & Things in Tyrone at 7 PM , Comic Book Trivia at My Parents' Basement at 7 PM once a month in Avondale, Bambinelli's in Lilburn at 7 PM, Bayou Q in Roswell at 7 PM, Bobby G's in Alpharetta at 7 PM, and the return of Augustine's in Grant Park at 8 PM!!!   WEDNESDAYS: 1910 Public House in Lilburn at 7 PM,  Lazy Llama in Midtown at 7:30 PM, Lost Druid in Avondale Estates (Geek Trivia) at 7 PM, Jimmy's in Doraville at 7 PM,  Roux on Canton in Roswell at 7:30 PM, Social Goat Tavern in Covington at 7 PM, Thos. O'Reilly's in Sandy Springs at 7:30 PM, The Nook at Piedmont Park at 8 PM, The Stratford in Avondale Estates at 6:30 PM, Locos in Statesboro at 7:30 PM,  Chapultepec in Tyrone at 7:00 PM, Pour Taproom in Old Fourth Ward at 7:30 PM,  McCray's in Lawrenceville at 7 PM, and Mellow Mushroom in Dunwoody at 7 PM, Adobo Taqueria in Alpharetta at 7 PM , Napoleon's in Decatur at 7 PM, Saucehouse in Athens at 7 PM, and Minnie Olivia in Alpharetta at 7 PM (Music Bingo) THURSDAYS: Tin Roof Cantina on Briarcliff at 7 PM, Rocky Mountain Pizza in Midtown at 8:30 PM, Padres in McDonough at 7 PM, Eagle Creek Brewing in Statesboro at 7:30 PM , Outrun Brewing in Stone Mountain at 7:30 PM , Johnny's in Douglasville at 7 PM, Beef O'Brady's in Peachtree City at 7 PM, Big Oak Tavern (Geek Trivia) at 7:30 PM, Stout Brothers in Roswell at 7 PM, Adobo Taqueria in Alpharetta with Music Bingo at 7 PM, Pontoon Brewing in Sandy Springs at 7 PM, and Habaneros in Woodstock at 7 PM !!. SATURDAY: Augustine's in Grant Park at 8 pm (karaoke). 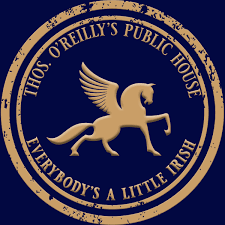 We are back in Stone Mountain! The all-new game at Outrun Brewing Co. will be starting trivia on Thursday nights at 7 PM beginning 10/1! See everyone there on Thursdays!

HOBNOB PERIMETER AND BROOKHAVEN ARE BACK ON TUESDAY NIGHTS AT 7:30 PM!!! 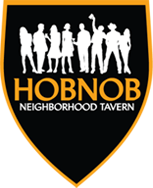 HobNob at Perimeter Place AND Brookhaven are both back on Tuesday nights for trivia. A new start time of 7:30 PM is in place during this difficult time. See you back at HobNob on Tuesdays!

ALESSIO'S IN ROSWELL IS BACK ON TUESDAY NIGHTST AT 7 PM!!

Alessio's in Roswell is back too! Tuesday nights at 7 PM, just like before. Come check out one of the longest-running trivia nights in Outspoken history at Alessio's!

LAZY LLAMA IN MIDTOWN IS BACK WITH TRIVIA ON WEDNESDAYS AT 7:30 PM!!

THE ALL-NEW PONKO CHICKEN IN DECATUR KICKS OFF THURSDAY NIGHT TRIVIA AT 7PM!!

THE ALL-NEW HOBNOB AT HALCYON IN ALPHARETTA KICKS OFF TRIVIA TUESDAY 10/6 AT 7:30 PM!

HobNob at Halcyon in Alpharetta is now open & we're very excited to continue the relationship between Outspoken & HobNob as we welcome trivia on Tuesday nights at 7:30 PM starting 10/6! See you there each week!!

Covington is ready for more trivia!! Join us at the Social Goat Tavern in Covington for Wedneday night trivia each week at 7 pm starting 9/16! See you there!

The return of Napoleon's is here! Trivia kicks back off again this Wednesday night a 8/26 at a new start time of 7 PM!!! We're excited to see all of your faces once again at Napoleon's in Decatur!!!

Roux on Canton in Roswell is now adding music bingo! The fun kicks off Wednesday 7/8 at 7:00 PM. See you there each week at Roux!!

BUFFALO WILD WINGS IN STATESBORO KICKS OFF TRIVIA ON MONDAY 7/6 AT 7:30 PM!

As things begin to pick back up, we're adding more dates in Statesboro! Come on out to Buffalo Wild Wings in Statesboro on Monday nights at 7:30 PM for trivia starting 7/6! Stay safe out there & we'll see you in July!

Our longtime friends at Johnny's Pizza are about to kick off trivia at the Buford store on Hamilton Mill! Come join us Monday nights at 6:30 PM starting 6/22!

WE NEED TRIVIA HOSTS IMMEDIATELY!!! Please contact us at This email address is being protected from spambots. You need JavaScript enabled to view it. if you're interested in hosting trivia!

ALERT! Well…weird times. Hopefully everyone is being safe and taking the appropriate precautions. Towards that end, here’s what’s what with our games…call your venue before heading out, but most of our games are still on (if they are not happening this week, many venues have said they’ll probably start the next). We’ll be doing digital answers at shows. When you sign up, you’ll get an email address (might be a texting app number), and you’ll get an optional scoresheet/pencil. If you want anonymity, before the show, just create a designated trivia email account. We’re asking our hosts and players to observe social distancing. Don’t get us wrong…have fun, chat with the host if you want...this isn’t Game of Thrones where Theon’s been introduced to Ramsey’s puppies…we want you to enjoy yourselves. Just keep be mindful, as will we! ;) Hopefully everyone’s making it through this alright. We hope to see you at the shows soon, everyone be safe, and drop a line to us if you have any questions!

Our longtime friends at Johnny's Pizza in West Midtown are back after an extended hiatus! This time, it's trivia on Tuesday nightst at 7:30 pm kicking off 3/24. See you back at Johnny's in March!

HOBNOB IN MIDTOWN IS NOW THE LAZY LLAMA CANTINA! TRIVIA REMAINS ON TUESDAY NIGHTST AT 8 PM, PLUS A SATURDAY NIGHT DJ SET WEEKLY AT 9:30 PM!

BE A TRIVIA HOST!